New Episode of The FrankenPod

I’ve never felt more Like we need a prepared statement. We have seen the trailer for Mary Shelley! Thank you so much to everyone who emailed and a special thank you to Nick of Nick and Vince’s podcast on Twitter, I love that I’ve been fan girl enough about Frankenstein that people saw the movie come out and though, shit I wonder if The Frankenpod has seen this. I’ll be honest I’ve been nervous about the theatre release of this one since I heard about it being screened at the Toronto Film Festival last year.

I’ll be honest I saw some things included that made me happy, but a few that really made me concerned that I may not like this film. I’ve also seen some interviews that lead me to believe that there was a very passionate Mary Shelley enthusiast in Haifaa Al-Mansour and I looked up the pronunciation but I bet I’ve botched it anyway and that is entirely on me.

Early reviews do not seem to be favourable, and they do seem to have gone for a sensationalised approach, but at least it seems to be intended as a feminist reading of the events so even if it’s a bit outlandish, there might be some value to it. That being said there seem to be no definitive dates for an Australian release so if anyone gets to see it in late May in the U.S. and June in the U.K. you must tell me what it is like!

This actually ties in quite nicely with the story I’m going to tell you tonight actually, sort of…

This time we are going back to our origins, both the podcasts and my own with My Life as A Fake by Peter Carey an entry into the Australian gothic literary canon.

I was obsessed with a Bushranger, other countries read horse stealing, bank robbing outlaw type called Ned Kelly at about the age of 10 or twelve. During this time I read every book on the Kelly gang I could get my hands on, except one. There was one book that I was warned about, a book never to read, a book that crossed the line… IT EMBELLISHED THE FACTS. It is impossible to convey exactly how repulsive that book was to me as a result, creative nonfiction and historical fiction are two of my great genre loves, but back then I viewed the whole matter as a betrayal.

That book was Peter Carey’s True Story of the Kelly Gang. I still haven’t read it, I kind of still fear that I might turn to dust or explode if I tried.

A little more recently I was introduced to the novel discussed today, My Life as a fake. Still incensed by the horror of his Kelly gang book I assumed it was an autobiography. I am not joking.

I was glad he was admitting to his transgressions.

Angry Penguins was an artsy experimental Avante Garde literary publication started by Max Harris in 1940 in Adelaide Australia. He was just 18. The magazine flourished and took submissions, art, prose and poetry.  The publication had been going for 4 years when Ethel Malley contacted him via letter, offering up her brother Ernest’s Poetry as a submission to Angry Penguins.

Max Harris was very excited by the works and even commissioned artwork by Sidney Nolan for the front of a special edition featuring Ernest’s poetry.

Sadly Ernest had passed away in 1943, so he would never see his work published. Would you like to hear a little of one of his poems?

It was a night when the planets
Were wreathed in dying garlands.
It seemed we had substituted
The abattoirs for the guillotine.
I shall not forget how you invented
Then, the conventions of faithfulness.

It seemed that we were submerged
Under a reef of coral to tantalize
The wise-grinning shark. The waters flashed
With Blue Angels and Moorish Idols.
And if I mistook your dark hair for weed
Was it not floating upon my tides?

The poetry was fresh, new and exciting and the poet was completely oblivious of his own talent, coming from working-class roots. A real diamond in the rough, and Max Harris was determined to give this underdog poet his moment to shine. Ernest, known as Ern to his friends was born in Liverpool in 1918 and migrated to Sydney Australia with his mother and sister just after his father’s passing in 1920. They lived in Perth until his mother’s death in 1933, after which the Young Ern Malley dropped out of school to become an auto mechanic, then moved to Melbourne at the age of 17. In Melbourne, he held a series of jobs before being diagnosed with Graves disease. He moved back to Sydney to be with his sister and died at the very young age of 25, refusing to get treatment for his illness. It seems that unbeknownst to those closest to him the young man had been writing a compilation of poetry called the Darkening Ecliptic.  His sister had found his poetry in his belongings and sent it to the magazine.

No one dies of graves disease

In fact he never existed

He was a hoax by two quite conservative modernist poets named Stewart and McAuley who met during military service, they thought that Angry Penguins and Harris published ridiculous rubbish and put together the most ludicrous submission they could come up with. 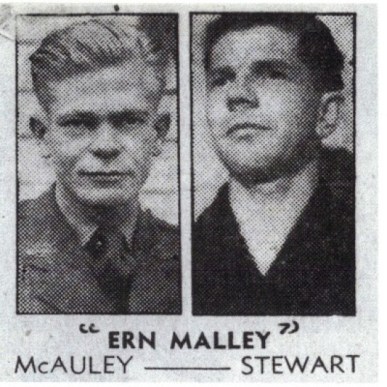 And the editor bought it, hook, line and sinker. would you like to hear part of one of the poems?

This is the opening verse of Culture as Exhibit

“Swamps, marshes, borrow-pits and other
Areas of stagnant water serve
As breeding-grounds …” Now
Have I found you, my Anopheles!
(There is a meaning for the circumspect)
Come, we will dance sedate quadrilles,
A pallid polka or a yelping shimmy
Over these sunken sodden breeding-grounds!
We will be wraiths and wreaths of tissue-paper
To clog the Town Council in their plans.
Culture forsooth! Albert, get my gun.

The opening lines are from an Army Directorate on mosquitoes, called Anopheles.

The scandal destroyed the magazine

The press had a field day and then the fuss died down and the incident became a bizarre part of Australian literary history.

Except not quite… in Peter Carey’s version of events, with names and details changed subtly. The hoaxer, by creating this tragic poet out of whole cloth creates an actual person, like Victor Frankenstein creating his creature Christopher Chubb has conjured up Bob McCorkle with words alone, and the man has been rendered flesh and blood by the publisher Jack Slater through the simple act of printing the works, and like any act of tremendous hubris in a gothic setting, disaster ensues.

This is another one of those books that I would loathe ruining the story.

However we do have unnatural creation, a crazed creator, the resurrectionists are name-checked, there is murder, kidnapping and aloof hyper-sexualized poets galore. Sound familiar?

Also, this clearly falls in with our theme the gothic city as the bulk of the early action takes place in Kuala Lumpur Malaysia which is depicted from a self consciously post-imperialist British viewpoint. Kuala Lumpur is depicted as a gritty monsoonal labyrinth that smells mainly of fish and tries to reject the visiting Brits, making them ill. There is racism within these pages, and the brutality of the 1969 race riots, is not long past when the books take place, as our narrator Sarah reflects on as she sees a resident using a machete during harvesting.

Sydney and Melbourne also get the Gothic treatment, the gravesites, bleak working-class residences and bohemian multistory abodes. Not quite as vibrant as Kuala Lumpur, or maybe I just don’t find the description of Melbourne that gothic and outlandish, bare in mind I spent about a third of my goth phase passing the time broke and stupid in the alleyways of Melbourne. The book is rife with depictions of the cultural cringe, from Australian ex-pats wanting to deny their heritage to an artist called Noisette actually being Mary Moriss from Wangaratta. We also get a British character saying that an Australia has a tiny antipodean brain.

There are lots of grim gothic allusions, webs, blood, the man upon the stair, a quote from Milton’s Paradise Lost and the stitching together of the visage of Ern Malley.

There are still those who see something remarkable about the poems. In fact, the work of Ern Malley inspired postmodern poetry overseas, particularly in America where the context of the hoax was easier to disassociate from the work itself. The conservative poets McAuley and Stewart accidentally wrote a pivotal piece of experimental poetry and helped inspire poets and painters for years to come.

Sidney Nolan cited the Ern Malley hoax as the inspiration for his Ned Kelly paintings… see what I did there.

Here is a talk about why we shouldn’t let the story of Ern Malley die. 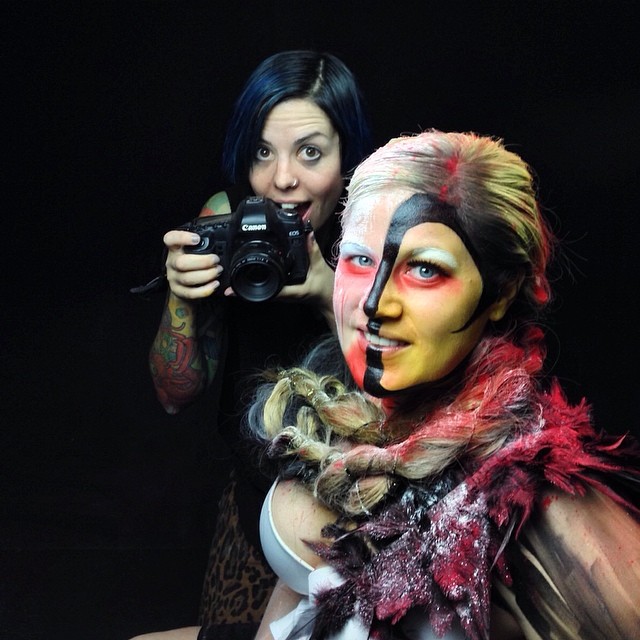 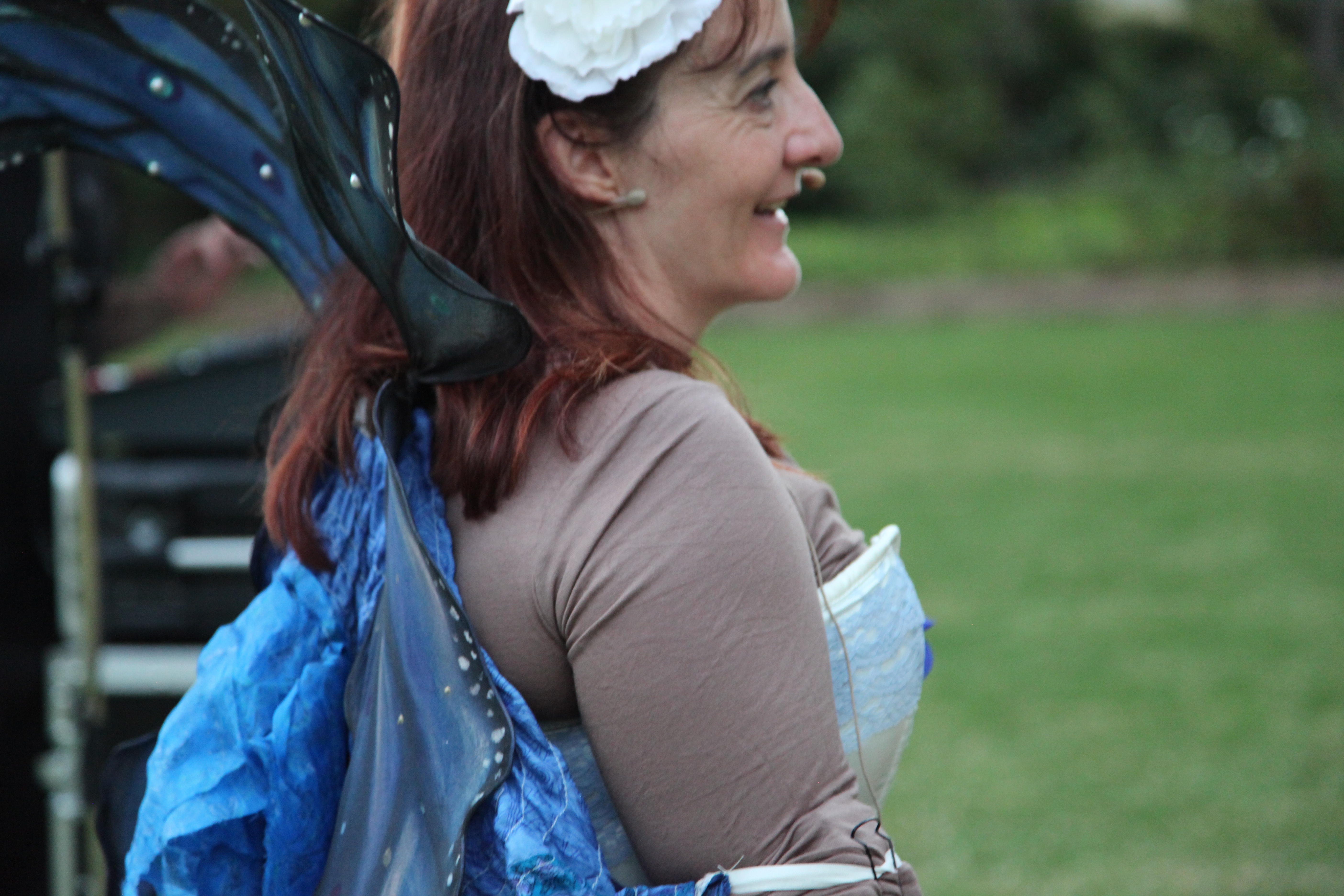 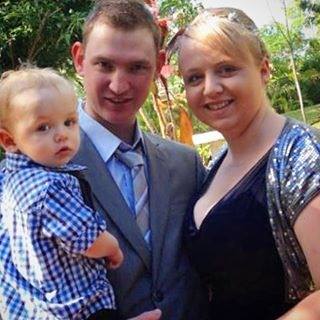