I am a little dispondent right now so I don’t feel like writing much. But I feeling better than yesterday. It’s nice to be in the bus even if it isnt cooperating. I’m so grateful to everyone for putting us up but I CANNOT BLOODY WAIT to have our own space again. Even if it’s just so I can eat icecream in my underpants…
Anyhoo sorry for that disturbing mental image… here are some annoying bus pictures…. grrrrr 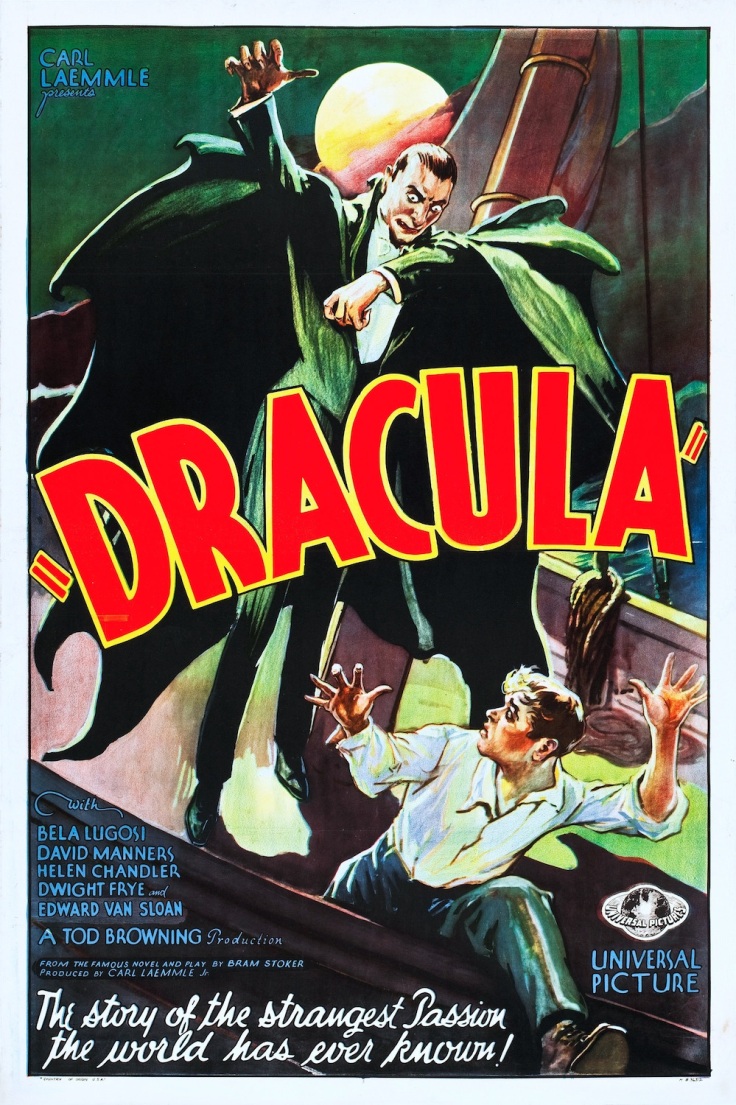 After the eerie subtlety of Henry James’s Turn of the Screw it has come as quite a shock to be confronted by the chilling, violence of Bram Stoker’s Dracula.
A bit of context for this reading:
As a child nothing terrified me so much as vampires. The viewing of a 10 second snippet of Interview with the Vampire at the age of 7 was enough to keep me awake at night, and a Goosebumps book or two had me convinced that vampires were everywhere. I even became convinced on a holiday to visit extended family that our hosts were all vampires, particularly my tiny 4 year old cousin. Because if there was anything that my brief education of vampires had taught me, it was that they had no quarms feeding on the young. Even to this day, and I consider myself to be a skeptic, I still find myself hiding, unusually well for a less than petite, 6 foot oaf, under my doona and looking over my shoulder at night after reading or watching anything involving vampires.
So I may be more susceptible to this particular variety of gothic horror than others. I have tried to read Dracula several times with limited success.
In short I am a wuss so please remember that when reading this.
Back to the novel at hand:
I would describe Dracula as a brutish but inventive example of the genre. The mix of realism and horror, combined with the use of journals and letters rather than a more direct narrative approach gives the impression of the tale unravelling as you read, which is what you expect from a good story, but with Dracula the unravelling is a bit more like barbed wire than yarn cutting and catching the reader as it goes. Flawed metaphor… I totally get that, but hopefully you see where I’m going with it.
One of the revelations upon this reading of Dracula is the strength of the character of Mina for the time Bram Stoker was writing. Actually there are quite a few progressive gems to be found within the text that I only found this time around.

High point: Mina and the strength that she shows and is acknowledged for.

Low point: A few random acts of barbarism that serve no narrative purpose.

Grim moment: Renshaw replicating a sadistic food chain in his cell in the asylum

Funny moment: The old man saying that old legends, ghosts and superstitions are “nowt but air-blebs” 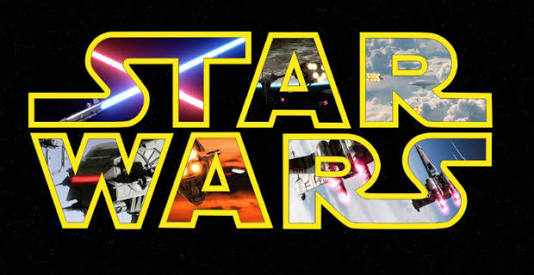 All the spoilers or none of the spoilers…. depending what you classify as a spoiler… and if you like to read up on a movie before you watch it the I’m hardly likely to spoil anything for you.
END_OF_DOCUMENT_TOKEN_TO_BE_REPLACED 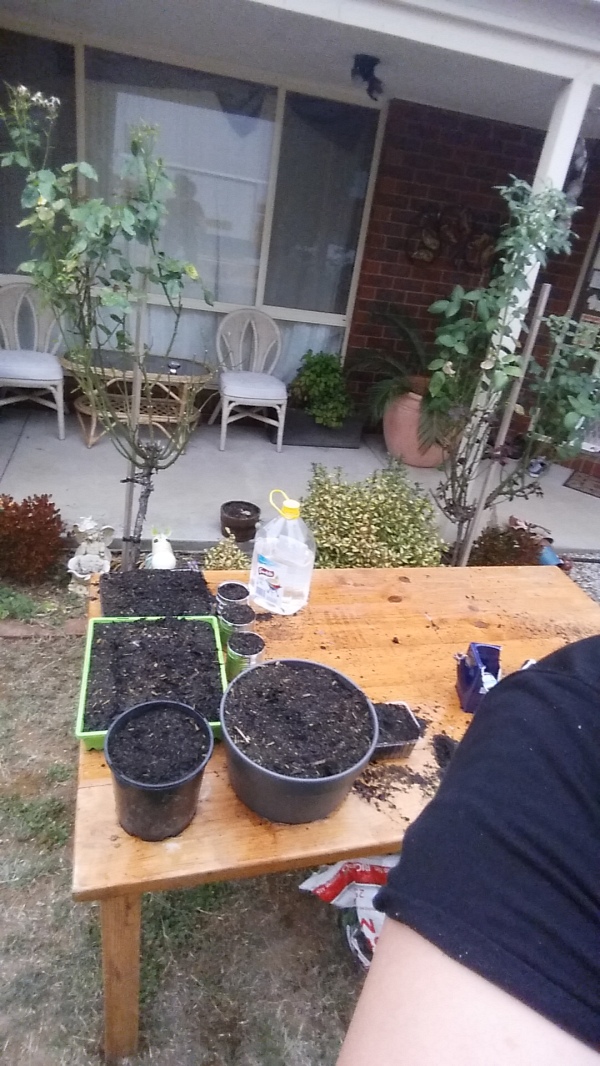 Just to clarify I will not personally be growing from seed,  although one could argue that after Henny and Kenny’s wedding last week and ensuing shenanigans we could have supplied enough seed to start a small heirloom nursery. I jumped on green harvest with limited funds and decided to go for quantity of seeds rather than the quality, and relatively fool proof option of established seedlings. Summer is a terrible time for seed starting but hopefully the seeds are as stubborn as I am and together we shall overcome the hot, dry, Howlong summer.
Planted:
* purple king climbing beans
* stevia
* rainbow silver beet
(Catnip, spinach and licorice are waiting for more favourable conditions)

My foolish optimistic approach to gardening and the loss of my established edible garden aside, the Howlong leg of the move has been a matter of slow adjusted and “trial and error”. My mother in law maintains that she is so happy that her son “has brought his family home”, but I cannot help but feel the ever present grating of two very different family units, albeit from the same wider family, struggling to make space for each other in what is essentially a normal 4 bedroom country/suburban home.
So no… as you have probably gathered by now, we are not on the bus. There is more rot in the floor than we anticipated and the 38 degree plus summer days are not condusive to productivity. But we sre hoping to at least get the floor plywood cut tonight.
For those who are interested in such things we are using 12mm plywood.
(Purchased with gift certificates kindly given to us by Sam, Mel, Lachlan, Jodie and Gary, thanks so much guys!)
Anyhoo that is all for now.
More to come as always 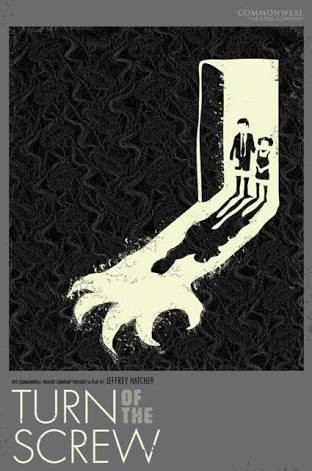 The place, Henry James’s Turn of the Screw, has secured as one of the key psychological and gothic horror novels is certainly evident, even from a cursory reading. But let me first say one thing about Turn of the Screw;
That shit is creepy as fuck

Nothing much really, or at least concretely, happens of a horrific nature, all of the fear or unease comes from the fallibility of the governess as a narrator. The text invites speculation about the nature of corruption, sanity and innocence, predominently through inference. It is the shifting and vague nature of the novel which makes it a bewildering and worrying tale, even though none of the suspicions the governess has about her two creepy child charges are ever made explicit. Is she going crazy?
Other critiques of the tale have illuded to the sudden ending being an “incomplete” ending. But I would argue that we can derive something of a conclusion, albeit not an all encompassing one, from the introduction of the story by Douglas at the very beginning, who knew her after her time at Bly.
♤♡♢♧ morgan mushroom ♤♡♢♧ 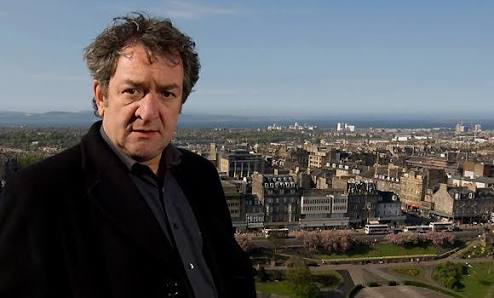 Did I ever consider Rebus as the comic relief of a Rankin novel? Did I ever think I would warm to “the complaints” finest, Malcolm Fox? Did I think that Rankin could get any life out of the beaten to death horse that is Big Ger Cafferty?
I am pleased to recount that the new “Rebus novel”, if one can honestly call it that, as the consulting detective makes more than ample room at centre stage for Clarke and Fox to take the lead, does not disappoint. Clarke never fails to function as a relatable and
thoroughly engaging window into a world dominated by male detectives who seem to always be conforming to a 2 sentence summary of their character. This is not to criticise the characterisation of Ian Rankin. I have no such desire. But it seems as though the male detectives he has chosen to be the focal point of his novels can be almost entirely defined by what they are NOT. Rebus is not a cop anymore, Rebus is not taking retirement very well. Fox is not is complaints anymore, Fox is not in his comfort zone, Fox is not like the others in CID. By contrast Siobhan Clarke is a character more certain of her self. She is ambitious, she loves her job, she is not in a perpetual state of inner conflict.
Another character rears his greying Fifean head early on in the novel. When I read those fateful words: “Big Ger Cafferty” on the back of the book I was full of trepidation. ‘This better not be a contrived waste of my time.’ I thought. I needn’t have worried. We saw Cafferty as the victim before in the Rebus novels (no titles mentioned in order to avoid spoilers) but never so directly as this. And never with so much at stake.
Rebus has not quite been relegated to the peanut gallery, but he’s not far off. But far from being an irrelevant nuisance I found myself giggling at the antics of the aging “consulting detective” in a way that can only work when an audience has grown to love an imperfect character for many years.
Fox is slowly endearing himself to me. Slowly… But there is something about the man that grates on me. I cannot help but feel like this may be intentional.
Any way…. “Even dogs in the wild” is a good read. It’s no Strip Jack but it’s well worth a read.
♤♡♢♧ morgan mushroom ♤♡♢♧

Written on new years day… published more than a week later, true to form.
We’ve been enjoying the kind hospitality of some extremely tolerant friends for what was supposed to be a couple of weeks. At first we were going to be residing in the “fungeon”, a self contained mini unit type thing under our friends house, until the 14th… which became the 21st… then boxing day… and now finally we are getting out of their hair on new years day, quite fitting really. (Side note: we may have left… but our multitudes of stuff still lurk about downstairs… being all ominous and messy and shit)

During our extended stay we discovered a few things about suddenly living with another family, mainly to do with having 4 very different children living under one roof.

Study period 4 coincided with moving house, Christmas  and my partners 30th birthday… a more organised individual might have kept up with the 5 subject work load. Alas I am NOT an organised individual and so I was forced accept a withdrawal mark, and due to fluke of unit scheduling, I am looking at delaying graduation a whole year. Not impressed by resigned to my fate I am pre reading ALL of my texts for my gothic literature unit. Most of these texts by a happy coincidence are contained within a book I have owned for over a decade and have read cover to cover on several occaisions:
The Gothic Treasury of the Supernatural.
Its somewhere on the bus, where it has cunningly hid despite its impressive girth, and illudes my vain attempts to discover it.
So I have started my preparation for engx206 using libravox recordings and have chosen Walpole’s ‘translation’ of the plight of the inhabitants of Otranto.
I’ll confess difficulty in persisting with past readings beyond the bizarre spectacle of the giant metal helmet that kills Prince Conrad but on this outing, be it though the accessibility of the audiobook format, the clear diction of the narrator or just an additional 10 years of reading experience on my part, I have been able to suspend my incredulity sufficiently to find myself, 6 hours later, at the end of the text.
What’s the verdict? Well, unwelcomed stormy sound effects aside, the reading itself was very well done, especially for a volunteer effort. But the appeal of the story still illudes me. Ridiculous, dull and long winded, I have no new love of this excercise in early dupernatural horror. Touted as one of the first gothic novels, I can certainly see its worth in the context of the evolution of a style and genre of texts, but on its own merits… I struggle to recount any part of the text which resonated with me… actually I lie, the intergenerational consequences, or the motif of the “sins of the father” struck me as quite interesting. But aside from that I am at a loss.
I don’t know what threads of literary worth I will expected to extract from the text, but I can only hope they won’t be value judgements.
Has anyone found joy in “The Castle of Otranto”?
If you have please comment, is there something I’m missing?